June 8th 2014 I became a Spartan Warrior. And by that I mean I participated in the Spartan Sprint Race in Tuxedo, New York.

To prepare for the race I had been doing about three months of cardio and strength training; I had already been exercising regularly for months and in pretty decent shape. The training I did included hill training, crawling, burpees and tons of other work outs designed to build endurance and keep your heart rate up while incorporating strength training. The Spartan Race sends out emails with the WOD (work out of the day) and I completed a bunch of them and all of the skills I learned through those workouts really came in handy on race day!

Never having done an OCR (Obstacle course race) before I had no idea what to expect. I felt like I was prepared physically and mentally but was still a little nervous about testing my body’s limits in a new way. We were team No Pain No Gain and the five of us were absolutely amped as our 11:45 race time approached. Climbing over the first wall to get into the start pen was only the beginning of the next 2.5 hours.

“Who are you???” Boomed the Spartan about to send us into the course.

“WE ARE SPARTANS!” Resounded the crowd of warriors in the pen.

As a smoke bomb filled the start line we were off! Through the smoke and up the mountain in the 84 degree sunshine we all started out running like a pack of wolves. Reaching the top and realizing I had just run up a ski mountain (as a skier something about that seemed very backward) the adrenaline was pumping through my veins like a Bose speaker. We ran down the hill following the markers through the rocks and slate taking cautious yet quick steps and avoiding other runners. I could feel the dryness building up in my mouth from the runners kicking up dirt as I approached the first obstacle.

The first obstacle was the metal monkey bars, each bar of course a different height to increase intensity. I enthusiastically hopped up onto the bars and after two bars I fell. …What? If I was going to be a Spartan I had to try again and this time I incorporated my legs. Jumping up and grabbing on using momentum to swing my feet into the bars I wove my way like a lemur to the other side of the bars. SUCCESS. No burpees for me… yet.

Now at the bottom of the mountain it only made sense that we had to head right back up it. Taking off at a run I headed uphill towards the next set of obstacles. Thankfully at the top I found the first water station and relieved the dusty throat sensation. Each obstacle that I overcame a new wave of adrenaline washed over me and I was always ready to continue running up and down the mountain. Keeping in my head the mantra “One foot in front of the other.”

The first obstacle that would force me into thirty muddy burpees was the netted monkey bars – no leg climbing allowed. Two hands in and I fell into a pond of muddy water, completely submerged. This was about the time I realized its time to start lifting heavier at the gym. But what I lacked in upper body strength I made up for in endurance. Springing up after the burpees then headed up the muddy path back up the mountain, extra cautious due to the slippery mud.

Further down the race I came up to my new favorite obstacle – the 200-meter barbed wire crawl. I don’t know what I expected this to be but the gravel, rocks and slate that we had to crawl over wasn’t it. I started off behind someone who was moving incredibly slow, once I realized I could man handle this hurdle I wove around her and finished rather quickly, I rolled, crawled, spider-crawled, and limbo-ed my way under the barbed wire and to the end, dodging more than one kick to the head by Spartans ahead of me. When I got out I once again felt that wave of victory and adrenaline.

Victory only lasted until the top of the mountain where the spear throwing sent me back into the mud for 30 more burpees. Although I got closer than I thought I would it looks like I need to practice throwing a spear… any target volunteers?

After the burpees, we were back up the mountain, now running over large rocks. Growing up on Long Island where a jetty is common at just about every beach this felt like child’s play to me. I enthusiastically hopped from one to the next eagerly awaiting the next obstacle. Climbing over walls, under walls, through walls, traversing walls, inverted walls (thanks again Eric for that leg-up) I didn’t have an issue getting by, constantly feeling more and more excited about my success.

Then came the carrying obstacles. I carried a 65-pound boulder 30 feet then did 10 burpees and carried it back no problem. Next up pick up a log and carry it around the woods, done. Then the sand bag disks, feeling energetic I began running uphill with my bag once at the top I held back vomit as I came around the corer, into the blistering sun and started running downhill with it. Success. The carrying obstacles would not slow me down.

Hopping between tires on the way down we came up to the rope climb. Which unfortunately sent me back to burpees, thirty more burpees in the mud for this Spartan Chick. Challenge accepted rope climb, next Spartan race you will become mine.

Back up the mountain for the final climb. At this point I was so excited to have almost finished my first OCR I sprinted ahead of my team. Up the mountain and down coming up to the final wall which I leapt over with surprising ease. In the distance I see the sweltering heat of the fire pit and beyond that, the finish line. Head down I ran, knowing this was a photo opp I looked up at the camera as I reached the apex of the jump and didn’t look down quick enough to nail my landing. Instead I nailed a rock with the soft part of my knee. Suddenly the world was in slow motion, I looked up and around and without a second thought sprang up from the ground and ran across the finish line.

I got my finisher medal and headed to the medical tent where I was told that the EMT could see the bone in my knee through the wound and that I needed medical attention immediately. A few hours later still wearing my medal and finisher shirt the No Pain No Gain team left the hospital, me with nine stitches, one of which internal, but all of us as Spartans. AROO! AROO! AROO!!!!! 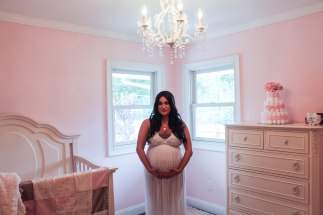 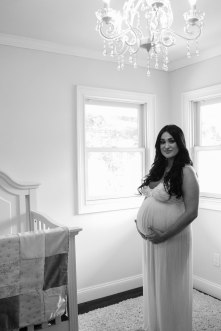 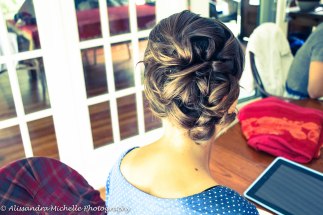 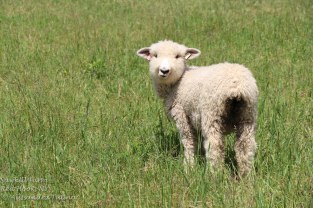 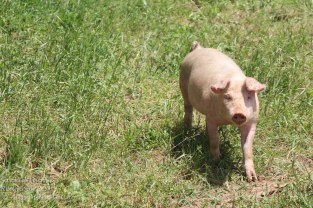